On 1st January 2018, Ceramic Artist Anna Whitehouse began a project to make 1 bottle a day for  100 days. Using a 2 part press mould she created a plain bottle every morning to be her blank canvas for the day. This process allowed her to push new ideas quickly and be far more experimental in her approach.

\"The aim was to free up my making and explore ideas quickly. Recording the process on Instagram and naming each after something that I did that day, helped remind me that these were not supposed to be finished pieces. It allowed me to take risks, because there was always going to be another one tomorrow!\" Throughout the 100 days Anna referenced her sketchbooks that were brimming with years of unexplored ideas, patterns and textures. She tried pressing and scraping any tool she could get her hands on into the clay to create pattern. From her standard clay tools to pen lids, tweezers, scissors and even a string of beads! She also started making her own tools from bits of broken pen, wire and aluminium to create particular marks. Looking through the bottles you can see the same marks but with a slight variation, Anna wanted to exhaust the multiple ways of using 1 tool and also start combining marks to create new textures. Anna often refers to the 100bottles as \"sketching in clay\".

The work has been kept unglazed which references this idea, like white pages from a sketchbook, whilst highlighting the mark making through the contrast of the shadows against a white ceramic surface.

She used the 100 days as a personal experimental project to develop observational and modelling skills whilst pushing unexplored ideas towards a new collection of work.

Interestingly they have become a piece in their own right. Not only for their fascinating and intriguing textures and patterns, but because they record a moment in time. Each is numbered and also named after something that happened that day, somewhat like a clay diary! 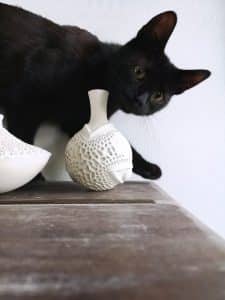 On day 12 of the project Anna adopted a kitten from a local rescue centre and immediately had to \'kittenproof\' her studio! Named Jasper, he is very curious- always having his head in the reclaim bin or trying to steal Anna\'s clay wire. He has yet to break anything, fortunate as all 100 bottles are destined for a Solo Exhibition at The Craft Centre and Design Gallery, Leeds in January 2019.

Based in Harrogate, England, Anna\'s work has evolved from growing up in the region and spending time outdoors. From scrambling over rocks in the Yorkshire Dales to scouring the beach for fossils near Whitby, a love of landscape, natural forms and exploration can be seen echoed in her work.

A more recent desire to research and respond to the changes occurring in our ecosystem has lead to a shift in Anna\'s creative practice.

Her new collection of bottles forms, adorned with natural structures and textures, is playful and evokes a sense of the fantasy but also questions human impact on the earth\'s ecosystem. Is the man made form being reclaimed by nature. Is the natural world being abused to satisfy the demand of population growth. Or does the merging of the man made forms with the natural structures celebrate a positive relationship and balance that we could one day achieve.

Ultimately Anna aims to create beautiful and intriguing objects that awaken a childlike sense of wonder and appreciation of the natural world. 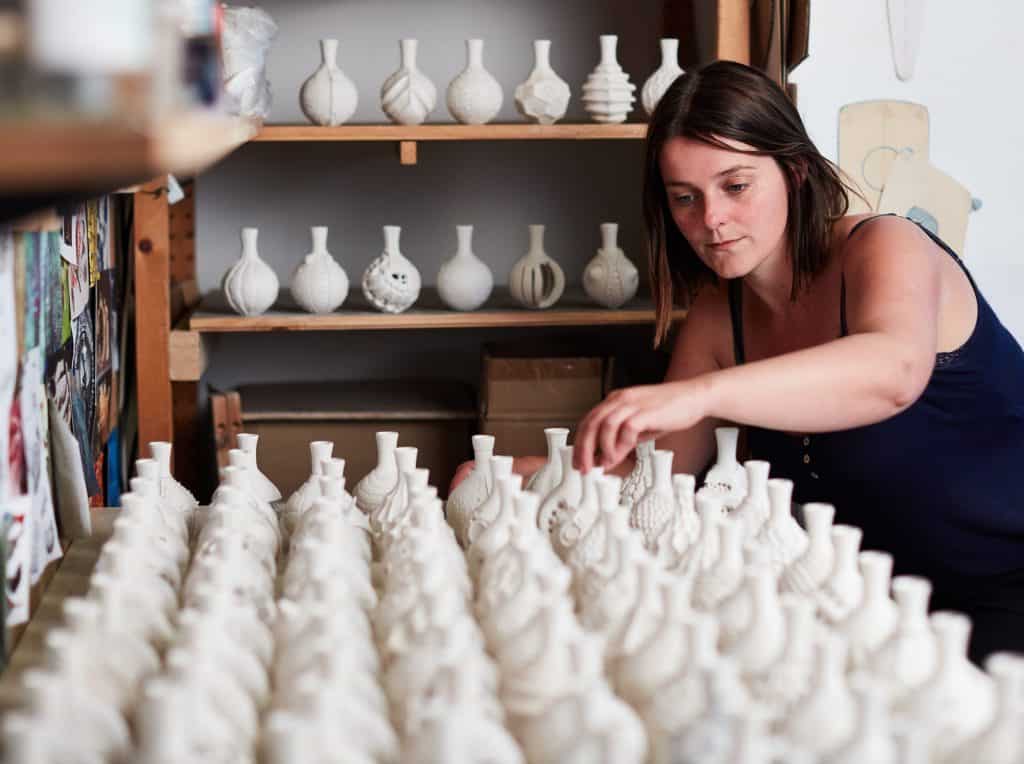 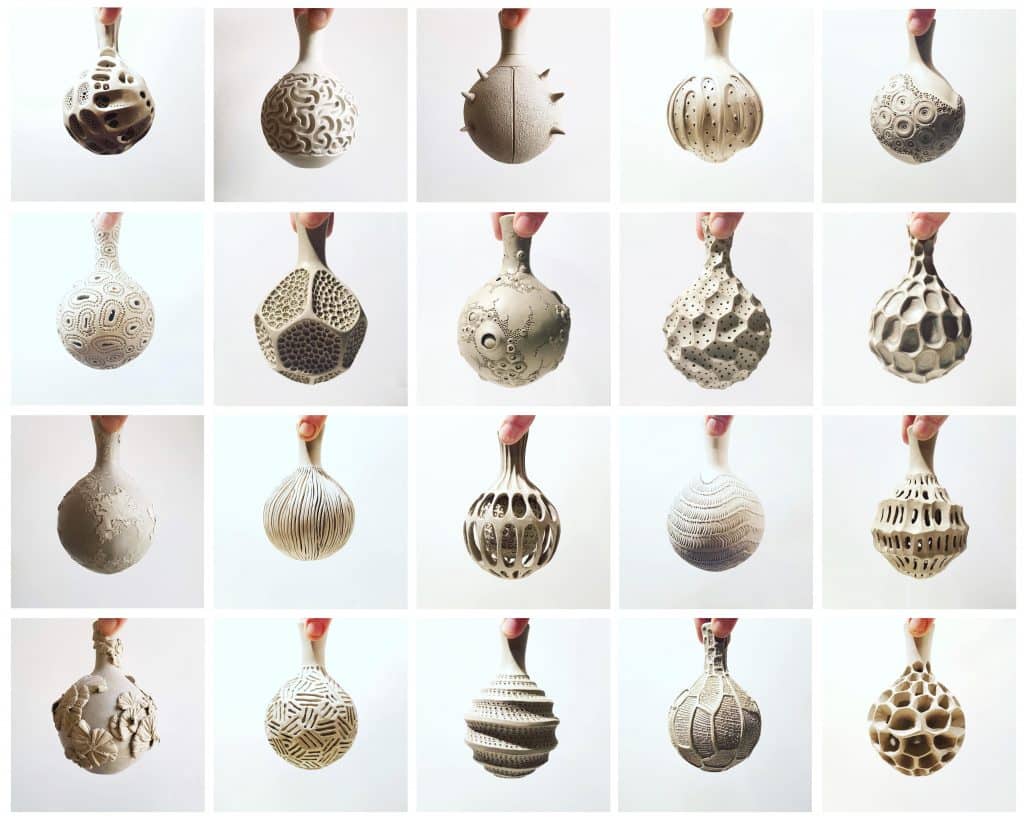 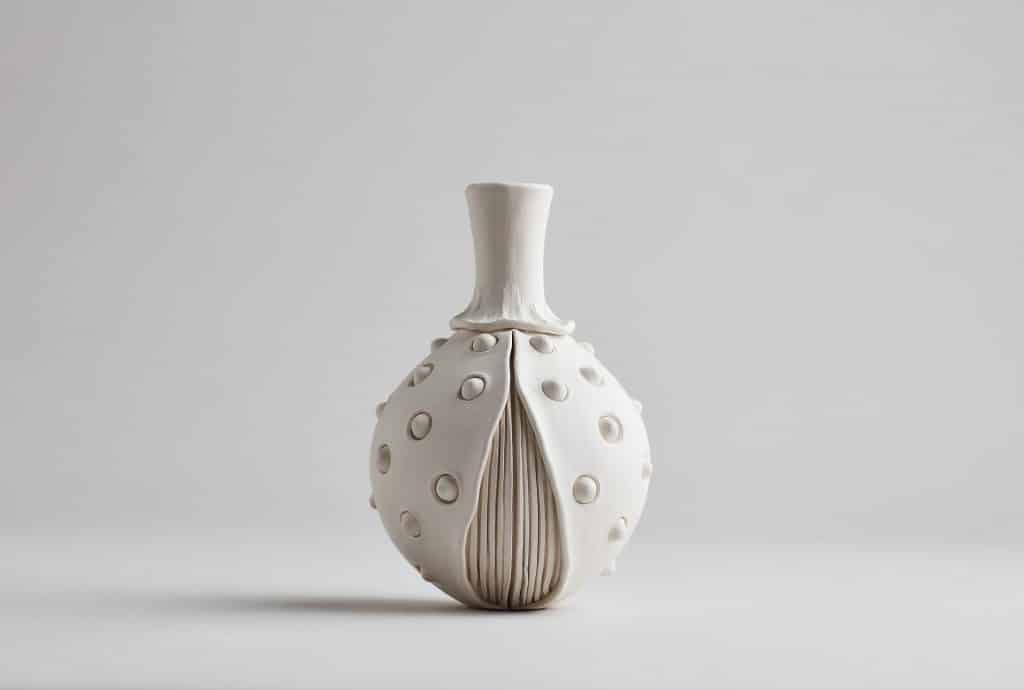 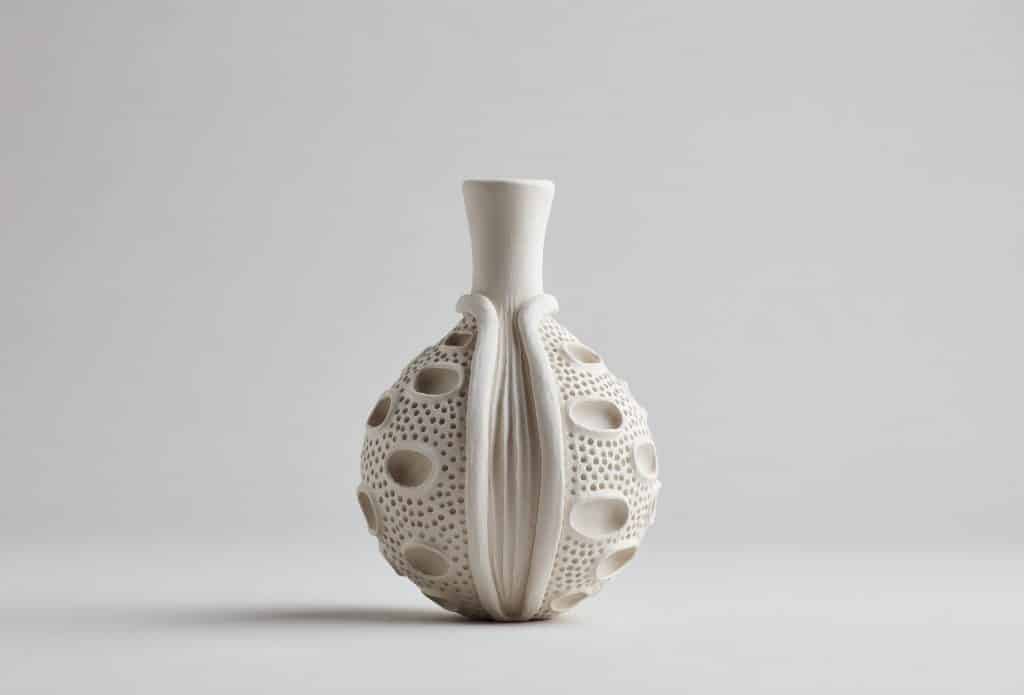 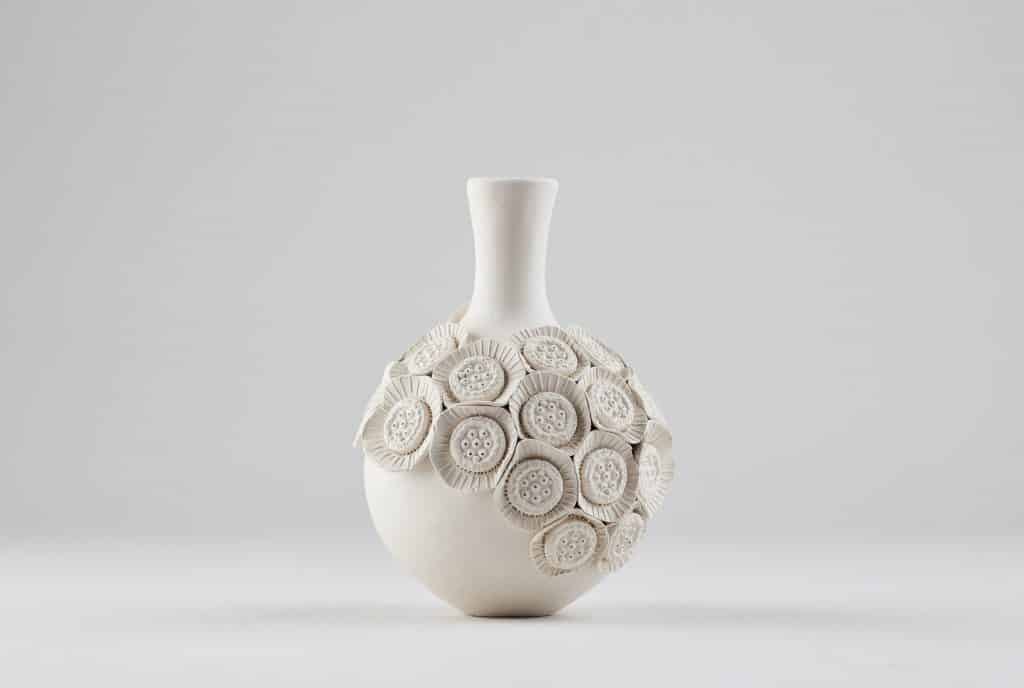 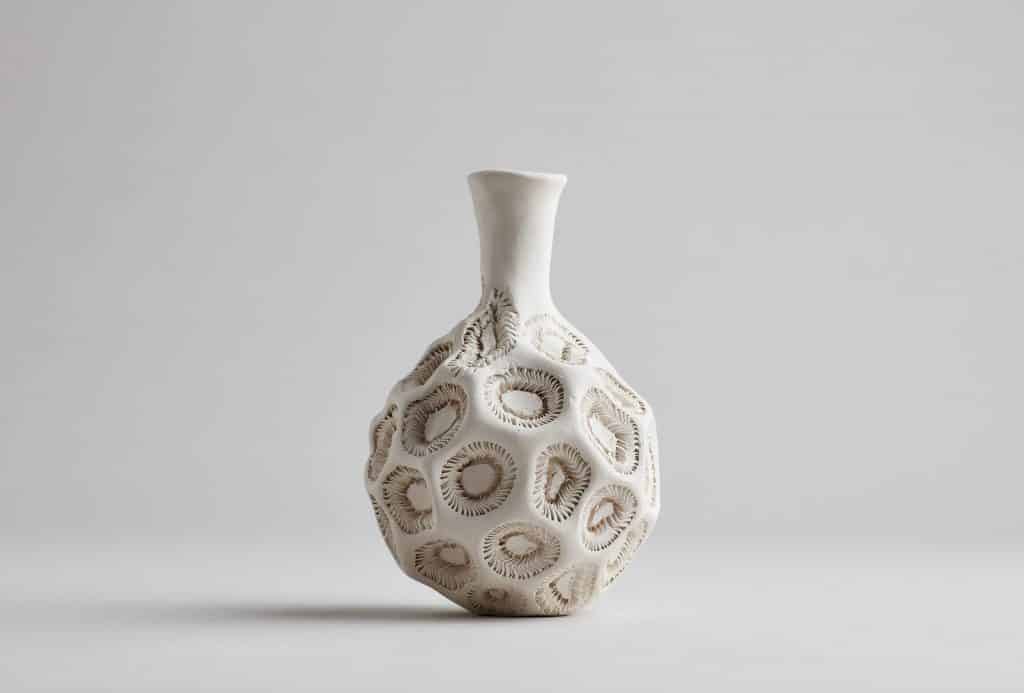 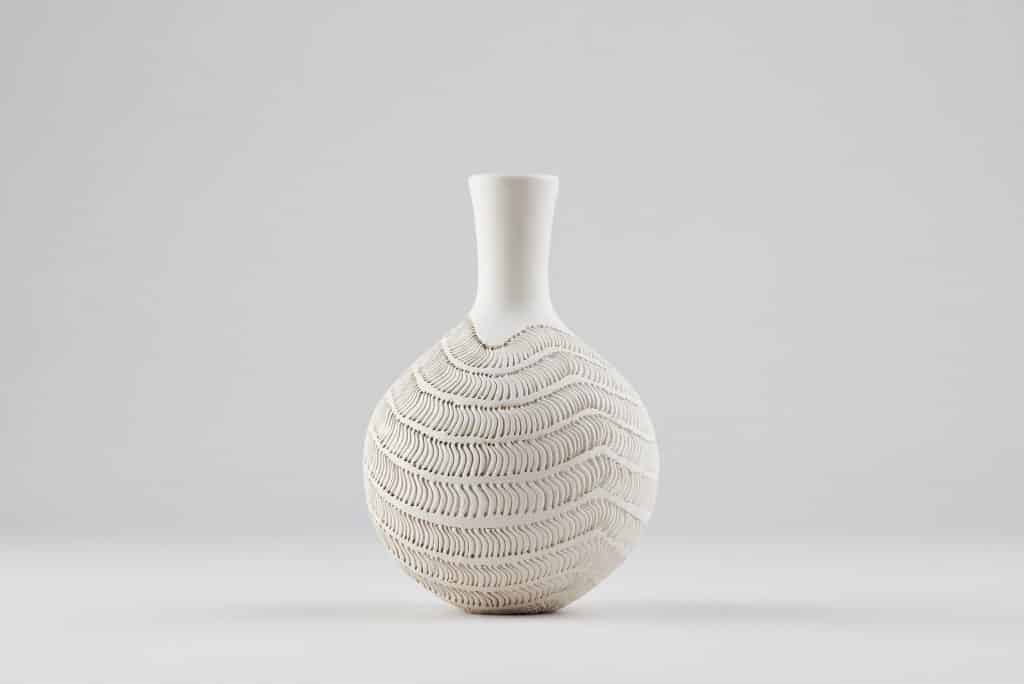 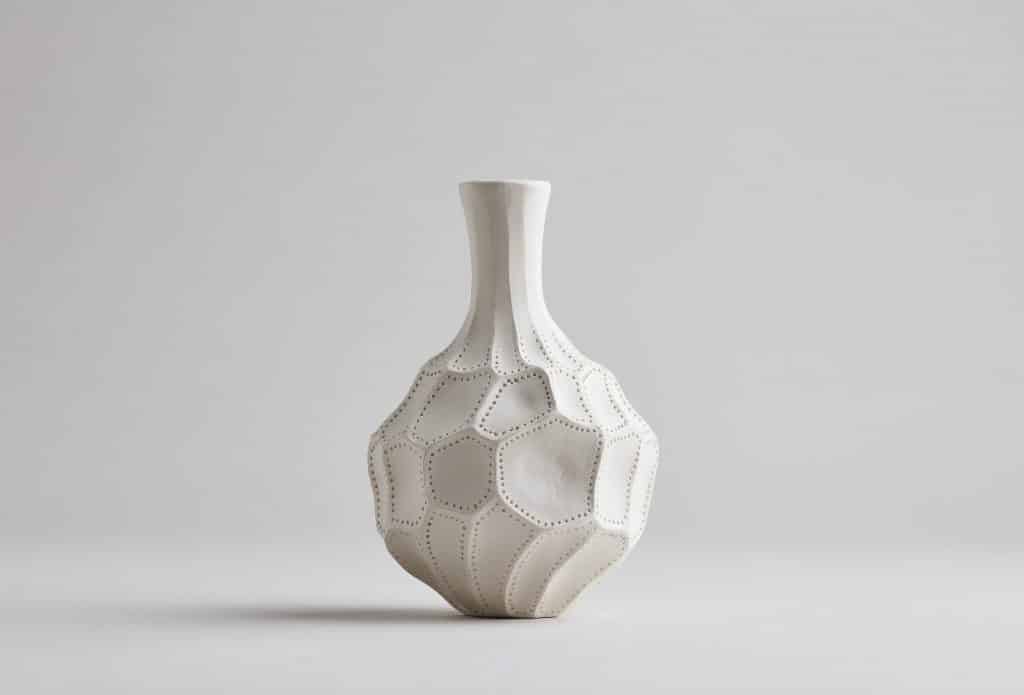 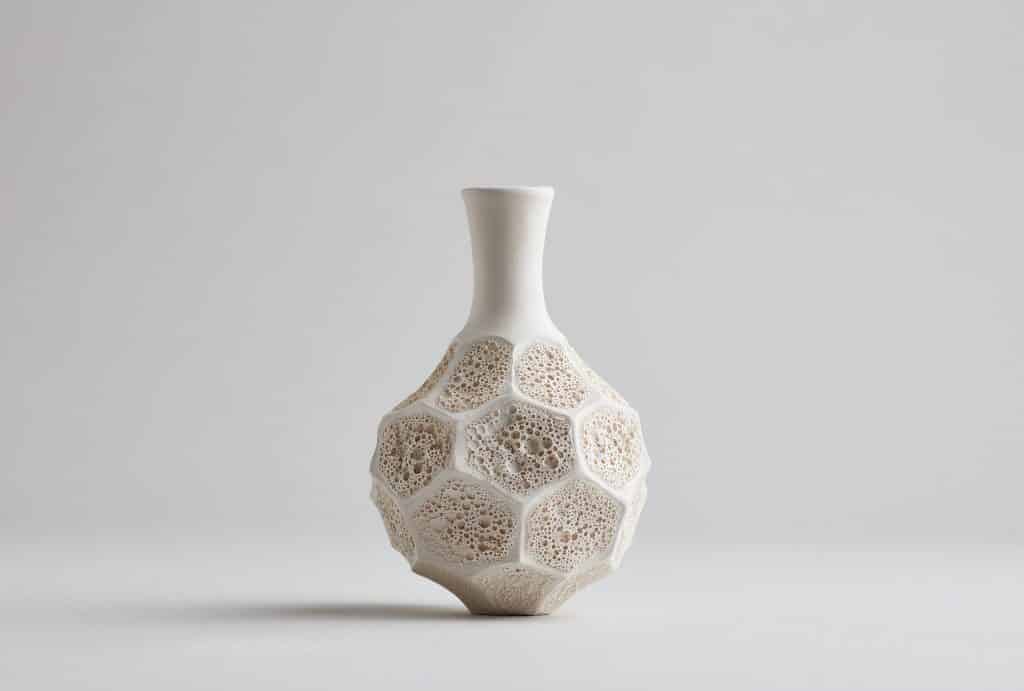 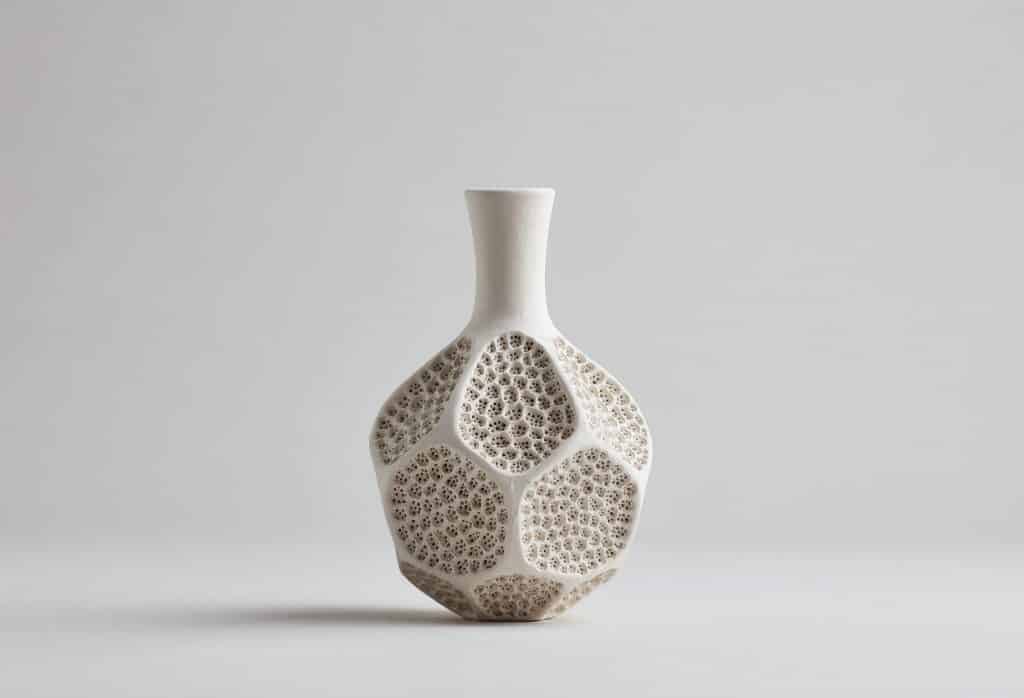 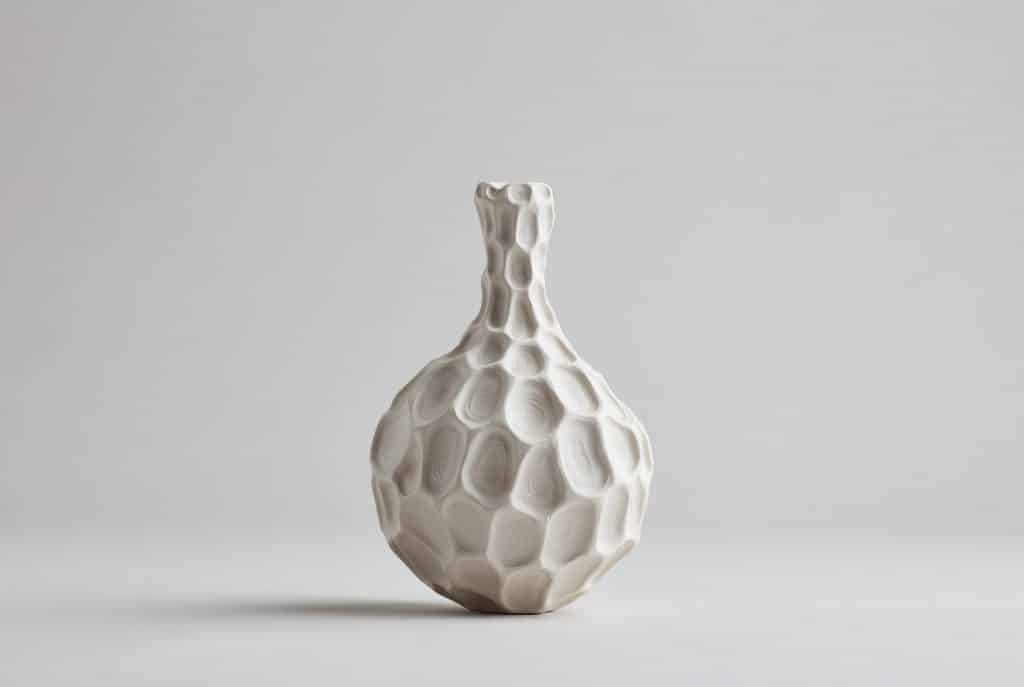 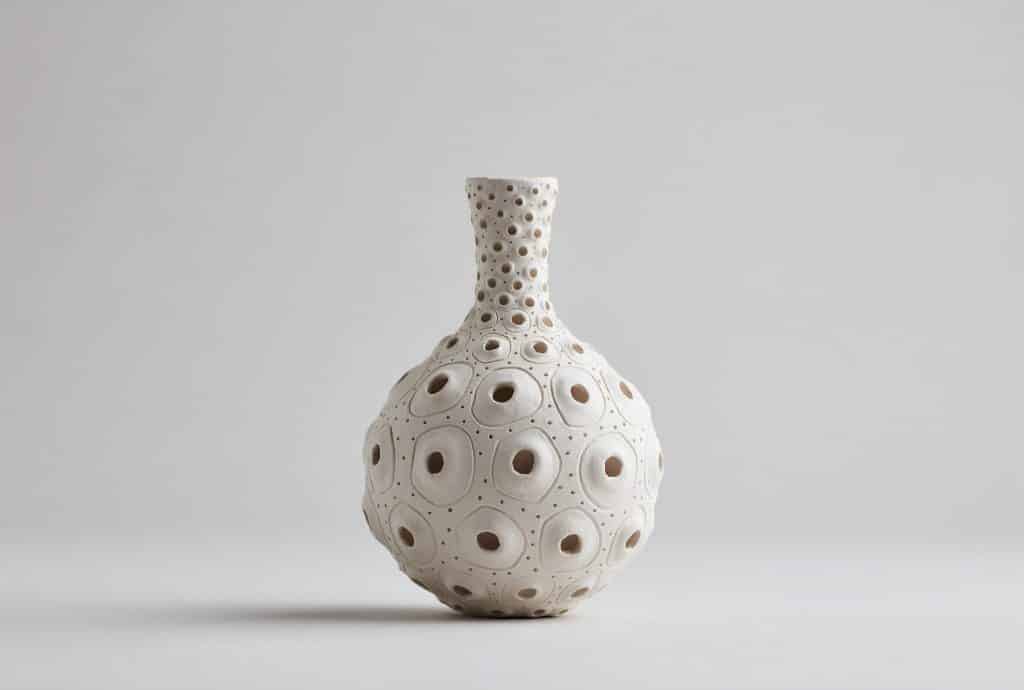 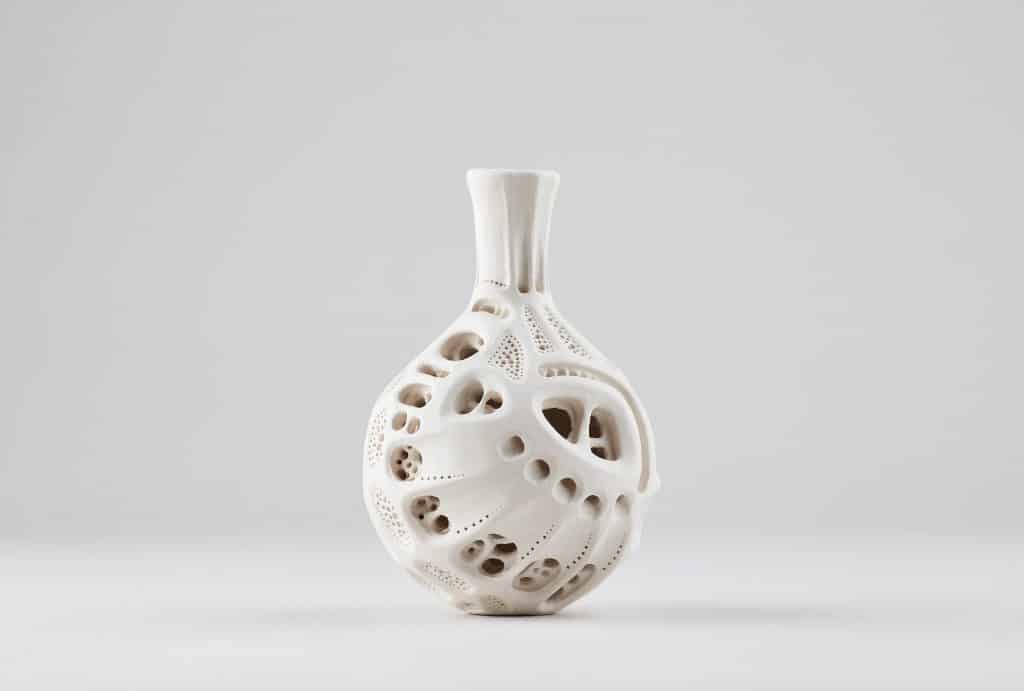 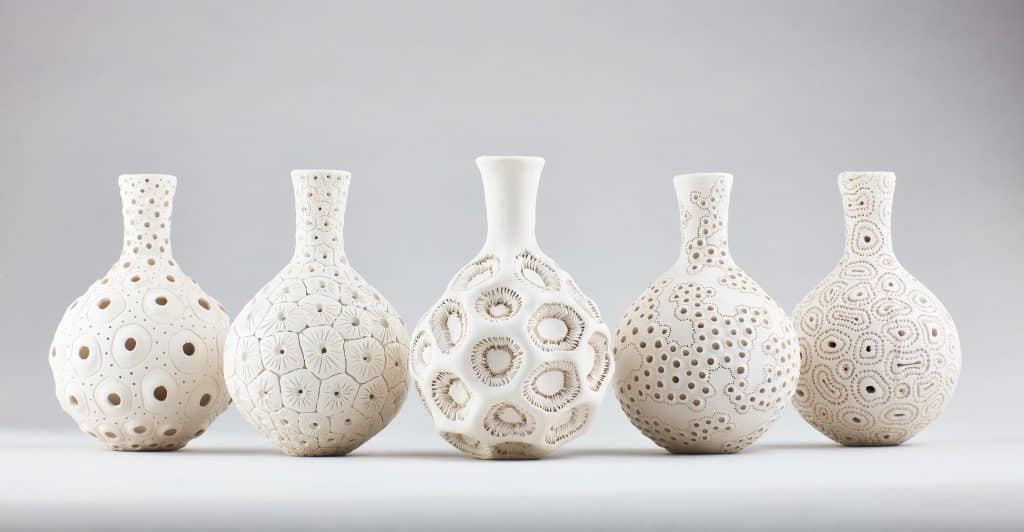 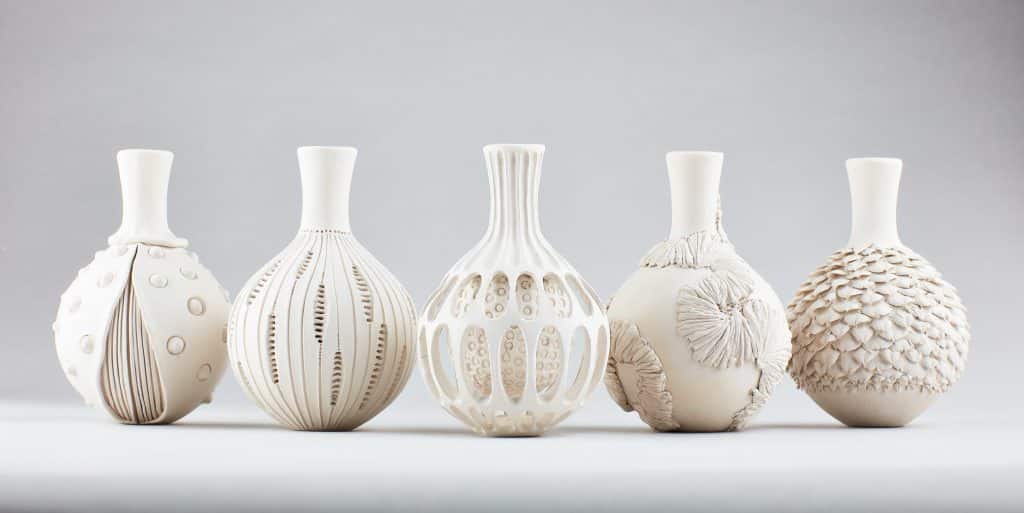 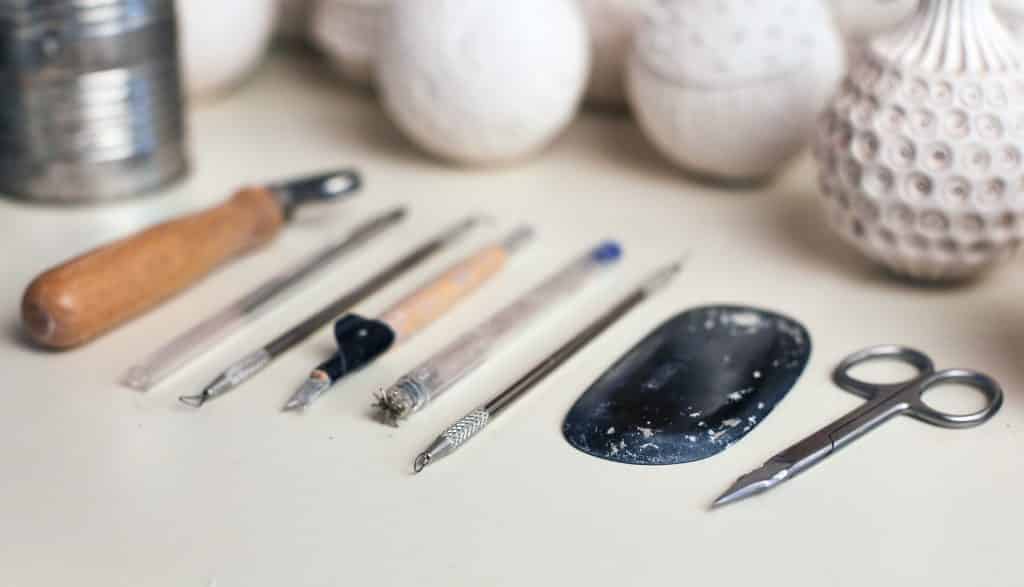 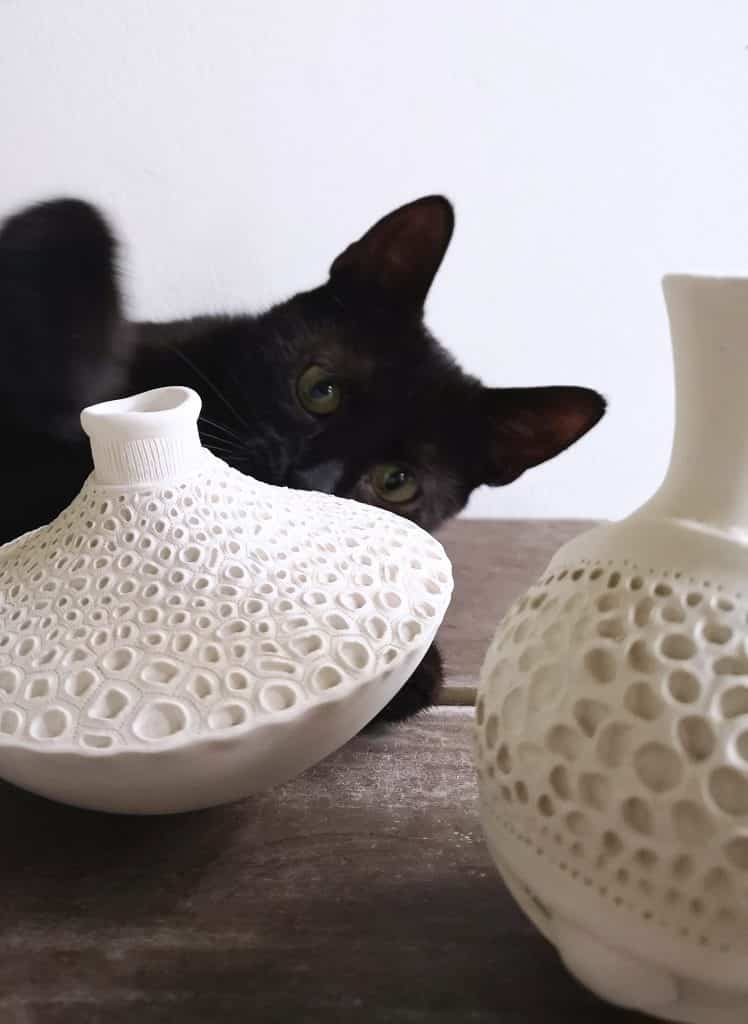 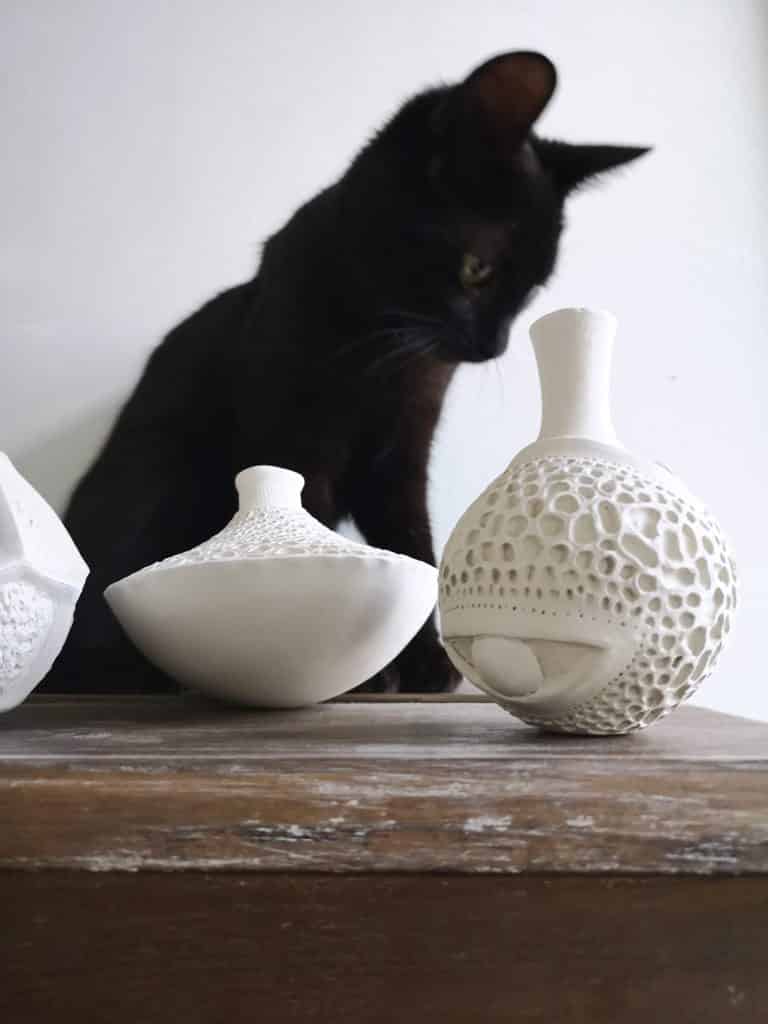 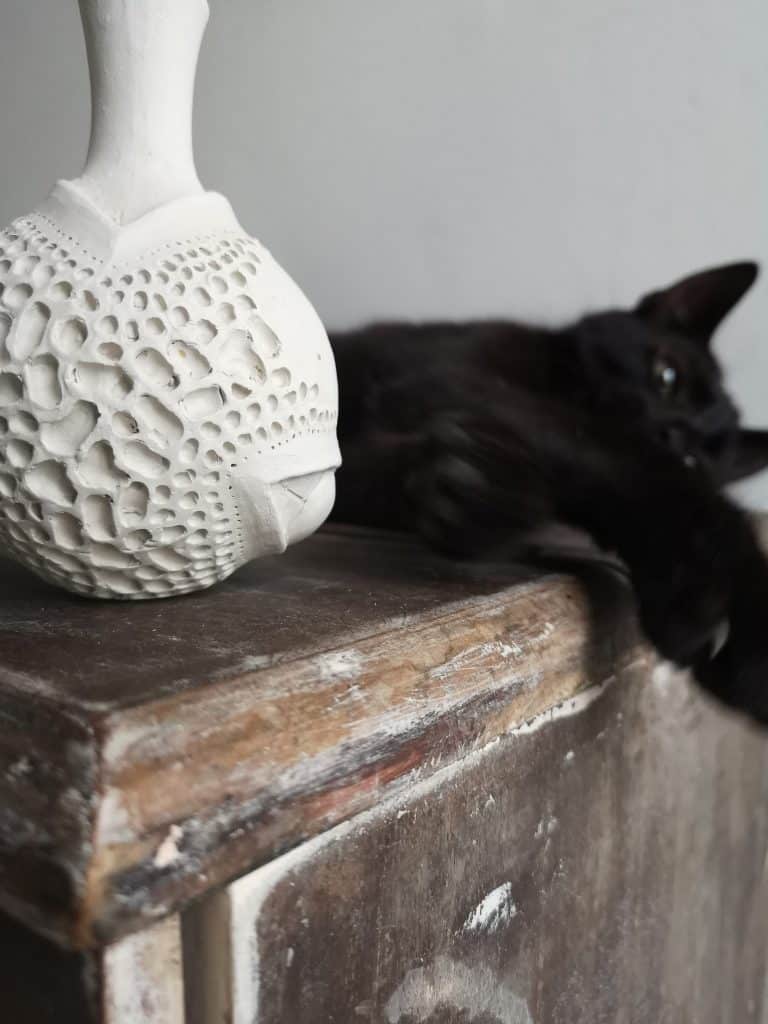 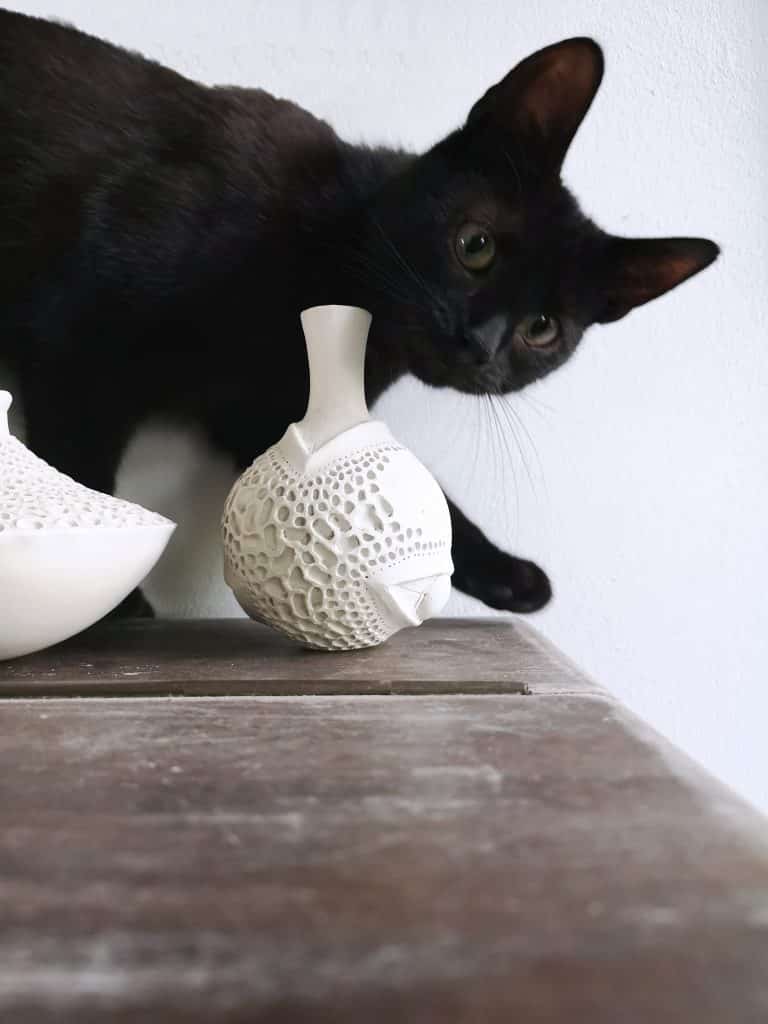 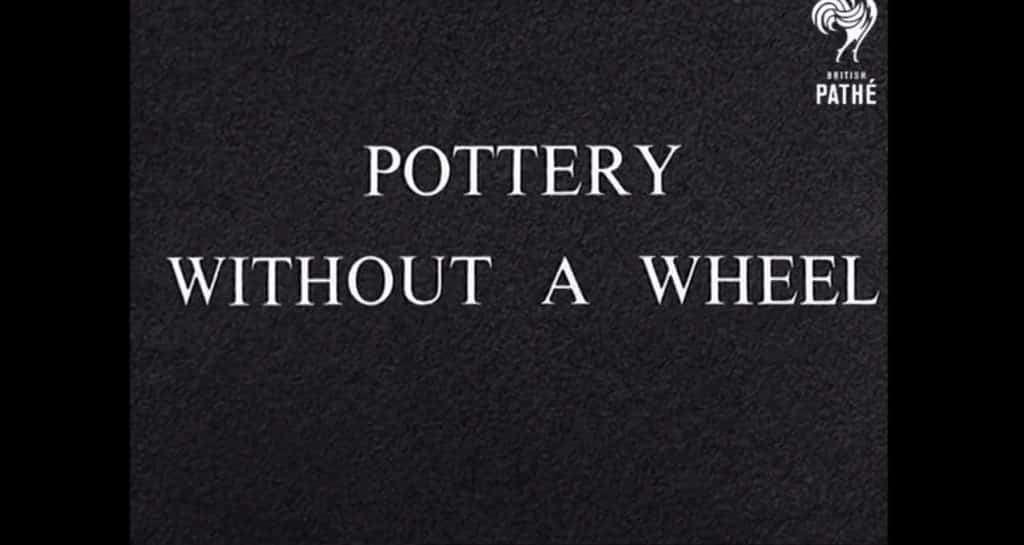 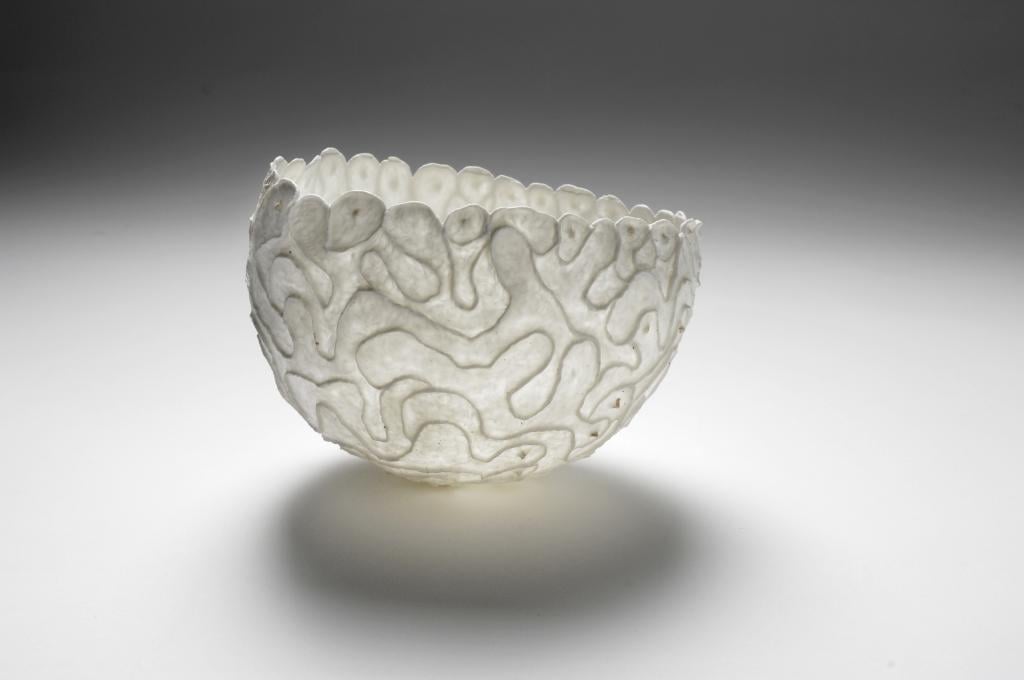