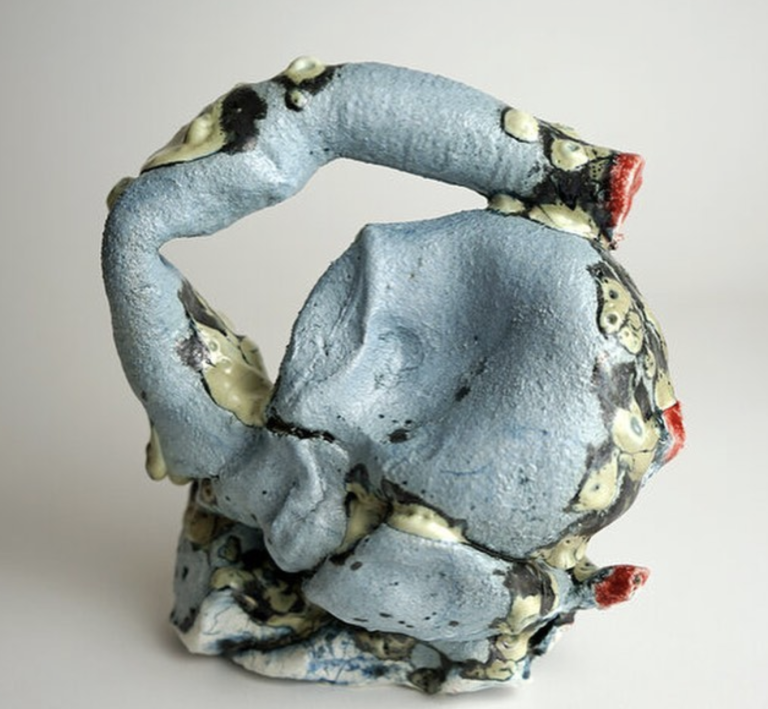 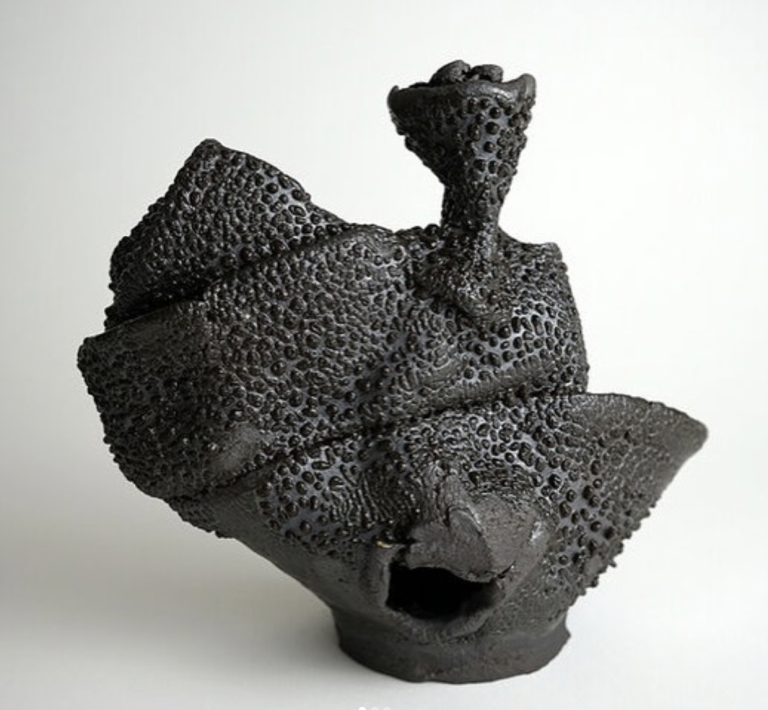 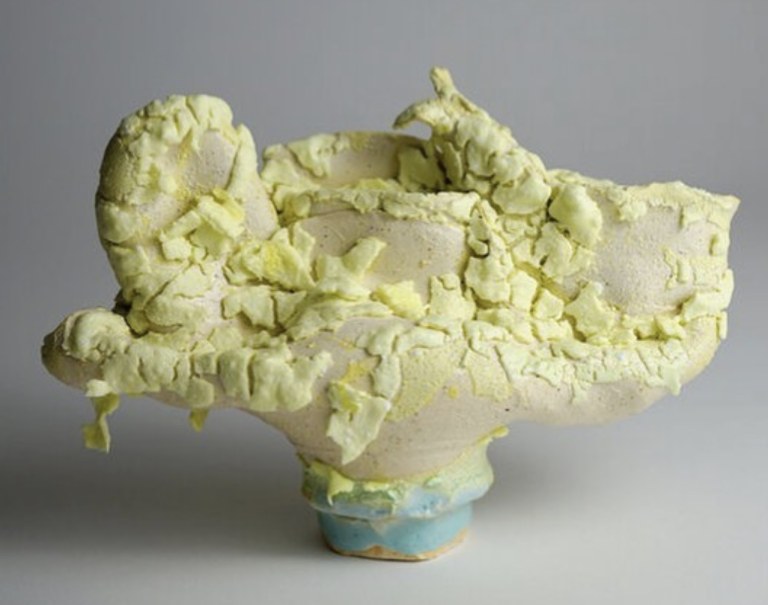 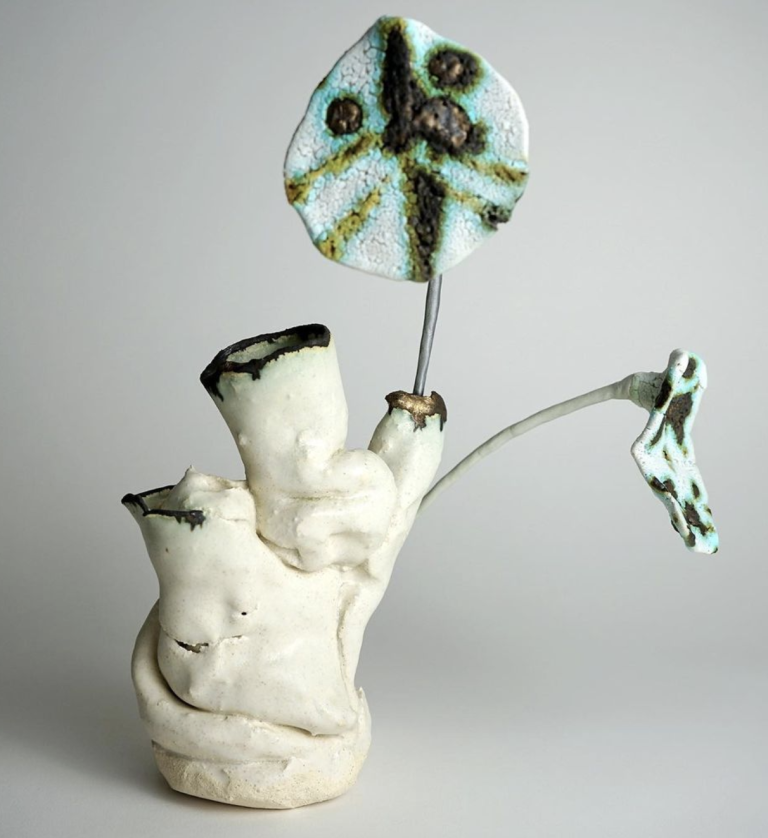 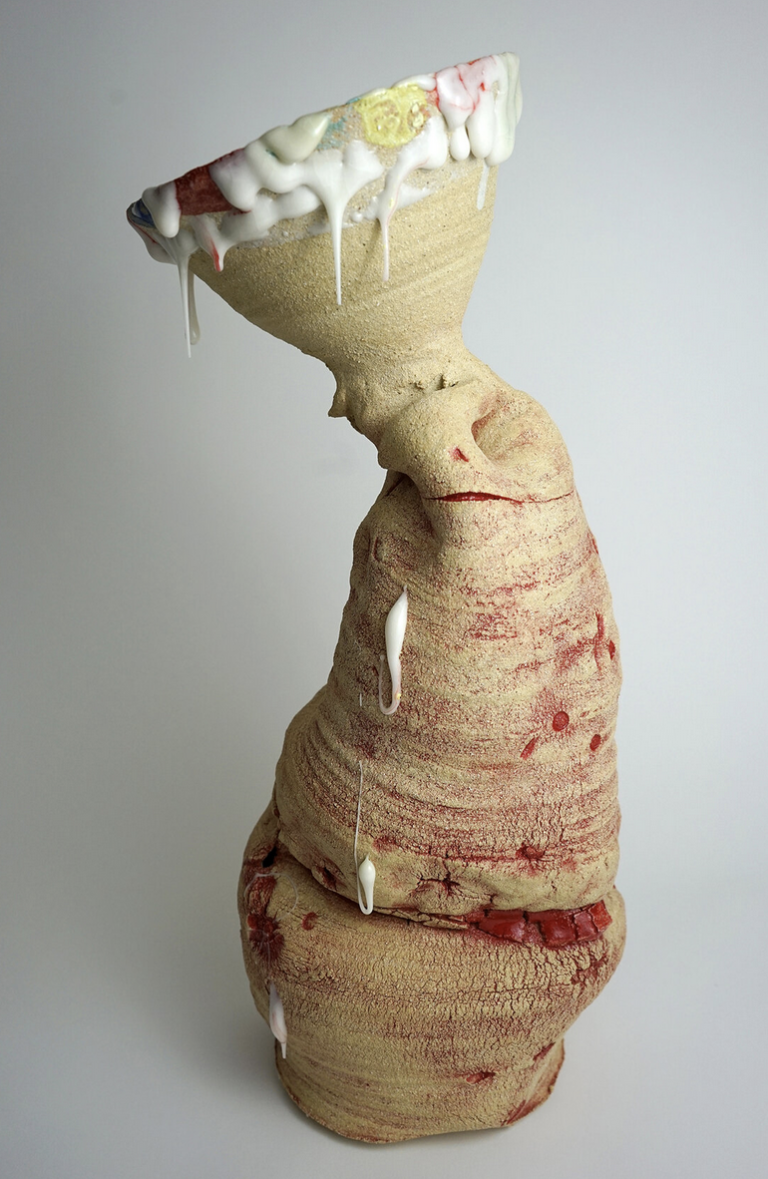 Toshiaki Noda (b. 1982) is a New York-based artist working primarily in ceramic sculpture as well as mixed media sculpture, drawing, and painting.

He was born in Arita, Saga Prefecture, Japan—a region noted for its remarkable porcelain ceramics dating back to the 1600s—to ceramic-dealing parents. Toshiaki has deeply engaged in ceramic art, Japanese calligraphy, and sports especially basketball since his childhood. Movement and expression is at the core of his practice. Growing up in this unique aesthetic and cultural context has greatly influenced Toshiaki’s studio practice.

Toshiaki studied ceramics at Arita Technical High School and completed the visual arts program at California State University Long Beach (BFA), where he focused on printmaking. After graduating, he moved to New York City, where he started his career as an artist, concentrating on ceramics as his primary medium. His printmaking education combined with his aesthetic and technical training in Japan provides a unique perspective to his ceramic practice.

Unlike the smooth, consistent surface of the Imari wares, Toshiaki uses the plasticity of clay to create gestural forms, and the alchemy of glaze to explore texture and color. His sculpting process includes hand-building, wheel-throwing, carving, stacking, undoing, and redoing with no predetermined endpoint.

Toshiaki’s work lies at the intersection of materiality, pottery, craft, design, sculpture, and the history of ceramics. He often starts with the general forms of man-made objects, such as garments, shoes, buckets, stacked egg cartons, boxes, bricks, traditional tea bowls, and flower vases. Then, he alters, disturbs, and reenvisions these forms until he discovers an intersection of sadness, irony, transience, humor, and aesthetics. He sees many conceptual resemblances between man-made objects and clay in terms of transformation, fragility, degradation, life, and death.

Many of his sculptures go through this process where common-object forms are abstracted and become idiosyncratic, thus creating a new sense of realism with irony and transience. Toshiaki questions traditional craft and the boundaries between ceramics, fine art, decoration, and sculpture.

Toshiaki’s recent art making has been expanding by utilizing other mediums and materials. As well as ceramic sculpture, he now works in mixed media sculpture, drawing, and painting.

Toshiaki’s recent exhibitions include an exhibit at OV Project in Brussels (2022), Patricia Sweetow Gallery in San Francisco (2021); Issues from the Hands at Tomio Koyama Gallery in Tokyo (2017); and exhibitions in New York City and Milan, Italy. His work is included in The William Louis Dreyfus Foundation. He is a recipient of a 2017 NYSCA/NYFA Artist fellowship. Toshiaki’s works have been reviewed in the San Francisco Chronicle and the Sculpture Magazine.

Sorry, no records were found. Please adjust your search criteria and try again.