I create poetic ceramic sculptures composed of contrasting abstract forms. My work is inspired by visceral experiences of sites and rituals which form the outward expression of emotion, places where people congregate to leave offerings or messages. Intrigued by this human tendency to connect outwards in times of need, I investigate the otherness of emotions through making.

My work explores the human experience in relation to our emotions and the constructs we have evolved to manage them. This theme was born of a trip to Jerusalem’s Wailing Wall. Here I was fascinated by the thousands of personal notes and prayers being left at this historic site. It left a lasting impression on me and inspires my concepts of cathartic rituals and our need for connections with bigger energies than ourselves.

Our emotions have powerful vibrations that can shape our daily lives and affect how we respond to things yet we cannot see or touch them. This concept has led me to explore what forms our emotions might take. What colour is fear? What shape is anxiety? My work is a personal reflection of some of our most complex internal experiences for which we often seek external guidance to manage. My sculptures capture a moment after cathartic release, referencing perhaps a place or ritual, and the emotion involved.

I work in porcelain and stoneware clays with a variety of processes, each with it’s own rhythm and nuance which I unite into the final piece. Contrasts in texture and form are vital. Matte, ruffled sheets of porcelain paper clay are rolled and cut, built up gradually and encouraged to ripple in the firing. Small movements becoming exaggerated, amplified. Once captured, they nestle next to or are softly placed onto the stone-like forms, plinths reminiscent of rock, anchoring the piece in space. The combination of these earthly elements is punctuated by a lustrous tear drop or a glossy amorphous form, something comforting or perhaps unsettling, drawing attention.

My sculptures offer a focal point for connecting with memories, personal stories and emotions, establishing private moments of contemplation. 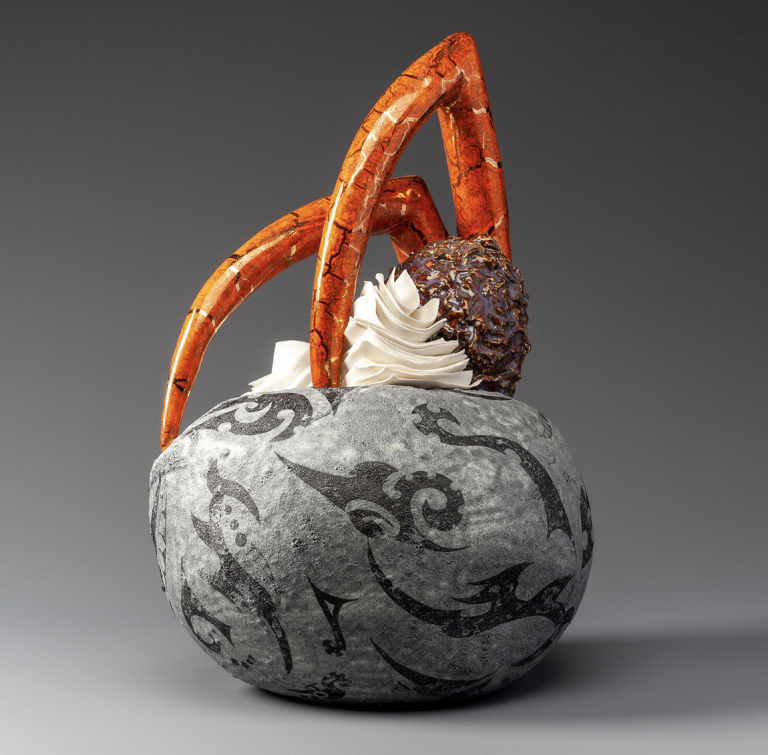 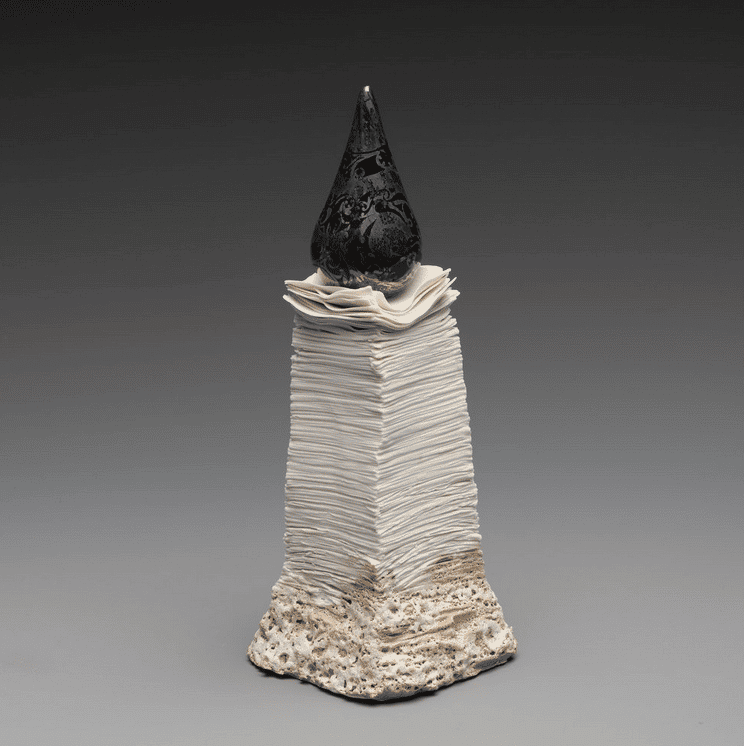 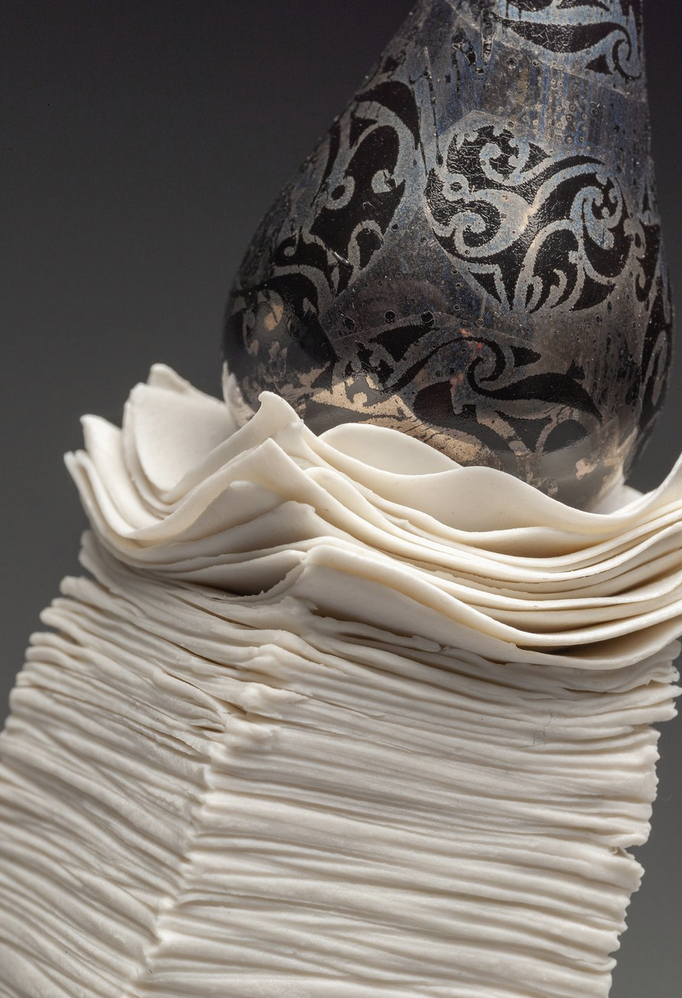 Born and raised in London, Diane graduated in 1988 and has worked in ceramics ever since. She has many years of teaching experience but committed full time to her artistic practice in 2015 and works from her studio in Northamptonshire.

“ It was during my foundation course in the 1980’s that I fell in love with clay. It lit me up, and my life long passion began. Initially I was drawn to how immediate, tactile and responsive it was, but it was during my degree at Farnham that I discovered how truly versatile clay is as a creative medium for artistic expression. It still excites me as there are so many possibilities and different methods to explore, with a rich cultural history to look back on and learn from.”

Some of Diane’s earliest memories are of the connection she felt with drawing, painting and creating, but it was during her time at Farnham (now UCA), studying for her ceramics degree that her passion for working in clay became deep-rooted.

Diane moved from London to North Yorkshire where she continued her work with clay and began teaching ceramics while also raising her children. In 2007 she moved to Towcester in Northamptonshire where she set up a much larger studio which has enabled her to expand and develop her practice.

Over the years, Diane has taken part in many shows and exhibitions both nationally and internationally. She is currently represented by Thrown Contemporary, London and featured on their stand at London Art Fair in 2020. These experiences have enabled her to meet and connect with new collectors and audiences worldwide.

Diane continues to develop her practice and her unique visual language in ceramics. This language is defined by contrast in texture, colour and weight which are used to create poetic tensions in the work.